Gary Simmons, an American artist from New York City. The artist is best known for his erasure arts. He began this type of drawing in the 1990s; furthermore continues to do wall paintings in a very similar style.

Whereas, the artist focusing on histories of prejudice and latent forms of violence has earned mass approval. Now, Hauser & Wirth represents Gary Simmon’s artwork with 10 exhibition spaces on three continents.

Hauser & Wirth, a mega-gallery. Subsequently, the gallery represents nearly 75 artists. Eventually, it has built a reputation for its dedication to artists and support of visionary artistic projects worldwide.

“ART IS NOT WHAT YOU SEE, BUT WHAT YOU MAKE OTHERS SEE.”

Further, he is the latest artist to leave Metro Pictures gallery located in New York. It announced plans to wind down operations after 40 years in business. As of the source, Metro Pictures’ most high-profile artist Cindy Sherman has joined Hauser & Wirth earlier this month.

Coming to Simon’s work has taken the form of paintings, sculptures, installations, and drawings. Further, the artwork must dispense extensively at museums across the world. Breakout works of artists conceived in the 1990s, feature racist imagery gleaned from mass media. Then, he painted and mark, so that their forms appear to be disappearing into the ether. 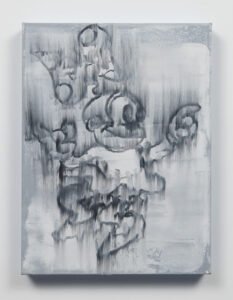 Hauser & Wirth President Marc Payot said, “Over the past 30 years, he has achieved incredibly rare alchemy of feeling with his paintings, installations, sound works, and sculptures”.

Further, the Los Angeles-based artist Gary Simmons, one of the fine artists at the center of Metro Pictures. In 1993, his first picture took place in that gallery and the last one was in 2020. However, this first art at Hauser & Wirth show may take place in Los Angeles in 2022.